Michael opened up a world for both of us that we didn’t know existed – a world of safety with each other, and a connection that was way beyond what we thought was possible.  We both resisted fully opening up at first, but Michael would immediately see into why were doing that and, without judgment, coax us out of our unnecessary shells with love and humor and touching spiritual insights.  I send every one I know to him, because he’s that awesome at what he does.

Michael’s the most inspirational person we’ve ever met… and on a few occasions we’ve met couples who’ve worked with him as well – and they say the same thing.  He has made an important difference in our lives as individuals, and as a family.  We were both pretty clear we were getting a divorce and friend pleaded with us to try him out, though we already went to two other marriage counselors.  It was a “Hail Mary” that worked – He helped us more then turn things around; Now two years later we have a far better and healthier relationship then we ever did.  We are so glad to have found him.

I was ready to leave my relationship with my wife of 16 years.  I already did a great deal of work on myself and was certain that I was seeing everything very clearly.  I called Michael for other reasons, not having to do with my marriage, but in our very first phone session Michael saw into patterns of mine that were creating stagnancy and drama in this area.  He respectfully and skillfully took me into seeing old beliefs, wounds and reactivity that I’ve had since early childhood, and he helped me find the healing that I never considered I needed that opened to door to a more meaningful connection with my wife.  It was easier to work through most of the darker issues then I thought it would be, yet it was not at first comfortable. I worked through my fear, my pain and my confusion because I had Michael’s presence, insight and skill at my side.  He’s a rare kind of healer.  I have made enormous growth in our time together, and my relationship with my wife has entered new places of safety, respect and connection.  Michael got to the point quickly every session, and he knew how to easily get through hundreds of layers of armor that I used to hide from what I needed to see and deal with.  For this I am very grateful.

I don’t come from a place where people talk about feelings, so I was living the only way I knew which was kind of unaware of what was really going on with me…. I started talking to Michael weekly, and he knew how to push me in a way that I really needed (and, believe me, I needed it).  He always was able to immediately get to the real belief or feeling underneath all the thoughts….  After many bad relationships and two times going from being engaged to being single, I finally saw how I was attracting men from a place of not feeling enough, and am now beginning a life of empowerment and better boundaries.  It’s like getting a new chance at becoming who I really am without all my baggage.

Michael got to my fears without getting me defensive, and he taught me and my wife how to talk and connect in a way to do that with each other.  Michael helped us create a relationship that is so safe on so many levels that we experience love in ways that neither of us had never imagined.  We see now how our original idea of a good relationship was really limiting…. Michael really gets how to be in relationships where there is love and freedom.

Get your free bi-weekly parenting tip

Receive one very powerful tip every other week to connect deeply with your child. 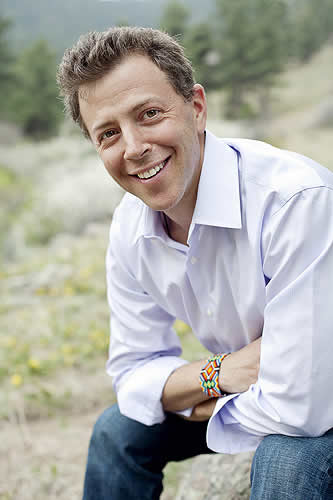